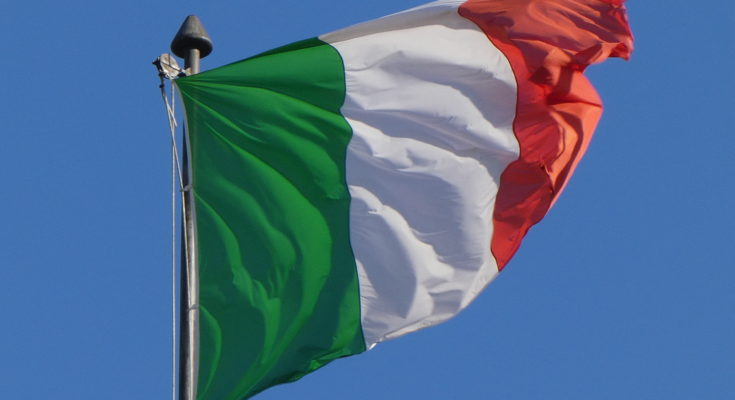 You can’t talk about Italy without talking about the bureaucracy. No matter how much you might love the country, the people, the food, the atmosphere… there is still that slow-moving, often-conflicting, left-hand-doesn’t-know-what-the-right-hand-is-doing, we-have-a-rule-for-everything-and-then-some Italian bureaucracy.

I’ve heard and read stories of it innumerable times. Now I’m plunging into it myself.

I will say at the outset, however, that being an Italian citizen actually does seem to cut through much of the red tape. Which is scary in its own way, because if this is “less” red tape, I’m really sure I don’t want to see what non-citizens might have to go through. But we’ve been here seven weeks, and you’d be surprised at how many times I’ve taken out my Italian passport, and the person on the other side says, “Ah! Un passaporto Italiano — molto semplice!” (“Ah! An Italian passport — very simple!”)

We were trying to rent an apartment — a process in which, in Italy, the lease actually has to be registered with the local government. The real estate lady mentioned several times that my being an Italian citizen made things much easier than they would be otherwise.

Then there is the process of establishing residency.

In the U.S., when you move to a new city, you just kind of pick up and move. The government mostly doesn’t care. You need to transfer over your driver’s license and vehicle registrations. If you want to vote, you need to register to vote. If you’ve bought a house, you pay your property taxes. But beyond that, there’s really not a lot of government involvement in your new location, especially if you’re a renter. You’re not required to report anything to the government, and they don’t keep track of you.

Not so in Italy. As I already mentioned, even a simple one-year lease on an apartment needs to be registered with the local government. But then you as an individual also need to register, because establishing your residency in a certain city opens up a variety of government services to you, including voting and the national health-care system. It also, of course, makes sure they are aware of you for tax purposes and suchlike.

We arrived here on July 1st of this year. At that point, we had a temporary apartment that had been arranged for us for four weeks by the Italian language school we were attending. By the end of the month, we had found a permanent apartment and signed a one-year lease. At this point, it was necessary to contact the comune (city) and begin the process of establishing residency.

This process is done through the Ufficio Anagrafe (Registry Office). So on the 1st of August, once we had moved into our new apartment, my wife and I dutifully showed up at the Anagrafe to begin the process.

Our Italian is still fairly rudimentary. And the fellow in the office, while nice enough, did not speak English and apparently did not want to struggle with our broken Italian. In fairness — the process turns out to be really complicated, and I can’t say as I blame him for not wanting to deal with us in this fashion. Instead, he asked that we find someone who could help translate for us and then come back.

Fortunately, one of the teachers at our language school, Giuseppe, was not only available, but was kind enough to offer to help us out. So we all went back over to the Anagrafe, and the clerk explained to us what would be required.

At this point, we were dealing only with me, the Italian citizen. Vicky, my non-citizen wife, would come later (a whole other level of bureaucracy!).

I was asked to return tomorrow with a copy of my apartment lease, a copy of every page of my Italian passport (yes, even the blank ones!), and a copy of my codice fiscale, which is the Italian equivalent of the U.S. Social Security card.

The clerk (I believe his name is Giovanni) was impressed that I already had a codice fiscale. And between seeing that and my Italian passport, he used the phrase “molto simplice” a few times in the discussion himself.

The next day, we dutifully returned. Giovanni had said we needed an appointment. He had told us the day before to come at “ten… maybe ten-thirty.” I guess that’s the Italian version of an “appointment” — laid-back, relaxed, sometime in that half-hour or so, just show up, I’ll be here….

Anyway, we came back the next day. Vicky waited outside, while  Giuseppe and I went into the office. Giovanni took the photocopies of my documents, then proceeded to input a whole bunch of information into his computer: my name, birthdate, birthplace, etc. Parents’ names. Current address. Phone number. Email. Etc.

Along the way, we got sidetracked a few times. He needed to know my mother’s maiden name, and was pleased to hear that her family was Italian also, from Sicily. We chatted about that for a few minutes.

He needed to contact my “ancestral comune,” which is the town where my Italian birth certificate is registered. When one’s Italian citizenship by bloodline is recognized outside of Italy, as mine was, the newly recognized citizen is issued an Italian birth certificate in the comune where their Italian ancestor last lived. They are also listed on the registry of Italians living abroad, so that their local Italian consulate is able to get in touch with them.

My birth is registered in the small town of Giusvalla, in the Italian region of Liguria, where my paternal grandfather lived before emigrating to the U.S. My marriage is also registered there. When my residency is established here in La Maddalena, I will be taken off the records in Giusvalla, and also off the records of the Italians living abroad, and listed in the registry here in La Maddalena.

As we got to this point, Giovanni got a little sidetracked again and was explaining to Giuseppe how the legalities worked regarding citizens like myself who were not born in Italy, but who are recognized outside the country through their bloodline. Although my Italian is far from fluent, I could follow most of the conversation, and also participate a bit. At one point, Giovanni expressed that he was pleased that people like myself were reconnecting with their heritage in this way. I was glad to find him to be sympathetic and open, as opposed to some people I’ve heard of who resent these “fake” citizens who they feel claim their citizenship and come to Italy simply to mooch off the system.

I Used to Be a Boy Scout…

Giovanni was also pleased when I showed him copies of my Italian birth and marriage certificates. The conversation turned a bit to what my wife would have to do once my registration was complete. He mentioned we would need a copy of our U.S. marriage certificate, translated into Italian and certified with apostille. I pulled one out of my folder and showed it to him. He smiled — “Perfetto,” he said. Perfect.

He also said we would need her U.S. birth certificate, translated and apostilled. Ummm… I didn’t have that with me, but I told him I had one at home. I thought I did, but it turns out I didn’t, and had to scramble to order one. Not a big problem, though.

But I think the moral here is to be prepared. The more Giovanni saw that I was prepared and respected the process, the more friendly and open he became.

He could also see that I took the whole process seriously. I wasn’t moving to Italy just to mooch off the system, but instead I was connected to my family’s history and to the Italian culture. I was not fluent in the language, but I was making the effort to learn it. I wasn’t trying to bend Italy to my expectations, but I was adapting myself to suit the way things are done here.

And perhaps as important as anything, all of this was making his life easier. So he’s not going to give me a hard time, he’s going to help me out.

Finally, with all the information in the computer, he printed out some forms, had me sign them, made some copies, and started a file with all of my information. The next step is the visit from the vigili — the local police.

When You Just Can’t Wait for the Cops to Come

This visit is to confirm that you actually do live where you say you do — they send the police out to verify. He called the police while I was right there in the office and gave them my address. This was on Thursday, August 2nd. He said they would be out in a couple of days — maybe the next day, Friday, or maybe Monday. After the visit, they would report back to him. At that point, he would give me a call, and I would come back into the office to conclude the process and receive my carta d’identità (identity card). He said probably by next Friday, August 10th.

Today is August 23rd. I have yet to hear even a whimper from the local police. I stopped back to the Anagrafe office a couple of days ago just to touch base and make sure everything was okay. Giovanni told me that sometimes the police work lentamente — slowly. I asked him if he had any idea when they might arrive. He said no, I simply had to wait.

I’ve heard stories of this before, too — waiting weeks or even months for the visit from the vigili. In fairness to the local police here, I should mention that, just a few days before my initial meeting at the Anagrafe, the President of Italy announced that he was coming here to La Maddalena for his 10-day summer vacation — so I suspect the police had a bit more on their plates for a while than coming out to see if I actually live where I said I do. Il Presidente left a few days ago, so hopefully now they might get an opportunity to come out here and deal with me.

I certainly hope so. I’d like to get the rest of this process on the road.

Edit: I posted this article at about 3:45pm. At about 8:15pm, I got a call from the local police. They wanted to know if I was home and if they could come over. The police lady stopped by, asked a few questions, looked at my rental contract, and went on her way. Hopefully now we can get this show on the road.

6 Comments on “Dealing with the Bureaucracy (Life in Italy)”