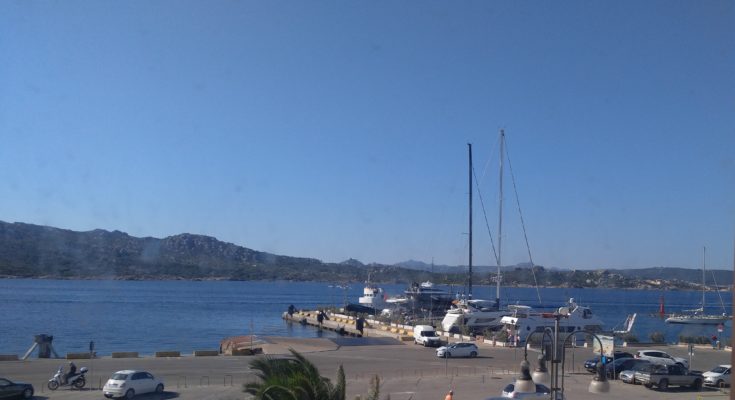 So… It is five weeks ago today that we landed in Sardinia, opening up not just a new chapter in our lives, but an entirely new volume. Somewhat surprisingly, it was almost Alice-through-the-looking-glass easy — you step onto an airplane leaving one dimension,  you step off that plane and you’re in a whole other dimension. Boom, just like that — your entire reality has changed, in what seems like just the blink of an eye.

But it was so easy and so smooth. I wasn’t really expecting that.

I suppose mental preparation helps. Psychologically, we were ready to cut ties, for example.  And we weren’t really expecting anything to be the way “it used to be” (or, perhaps more accurately, “the way we’re accustomed to”). Having that sort of mindset probably makes it a lot easier to step out of one reality and cross fairly smoothly into another.

Vicky also likes to point out that we have a lot of faith. We simply go into things with the attitude that they’re going to work out. The vast majority of the time, they do. Yes, planning and preparation are critical, but so is that positive attitude of “not only is this going to work, but it’s going to be fun.” We expect it to work. And we expect it to be fun.

Life is an adventure.

And when things don’t quite work out the way we’d planned, we are generally nimble enough on our feet to improvise our way back to where we want to be — or to where the Universe in its wisdom thinks we should be. So we’re able to “go with the flow,” as Ken Kesey would have said.

That is part of the adventure, too.

Anyway, here we are. Five weeks in, and I have yet to feel even the slightest twinge of anything resembling “homesickness.” I have no regrets whatsoever, no second-thoughts, no misgivings — nothing but the excitement of a new grand adventure which is now well underway. In the moment, and into the future.

Vicky has been blogging about our adventures and experiences since we arrived. You can read her blog here. I will be doing some more blogging, too, but from a little bit of a different perspective.