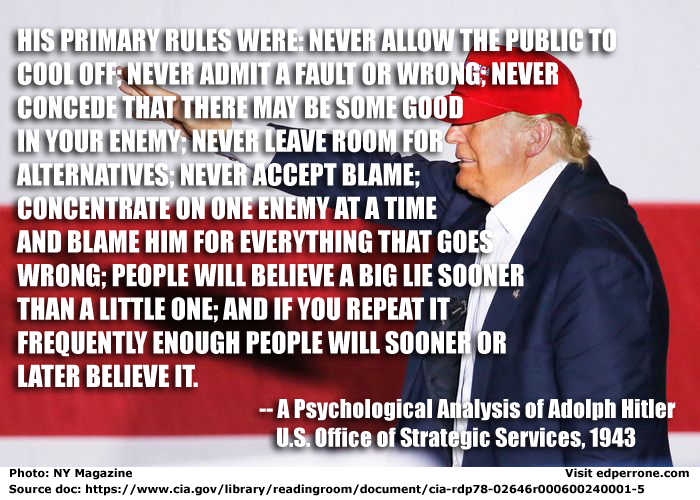 Not really going to comment much on this except to say that the document this quote comes from makes fascinating reading in light of the current situation in the United States.

The document, entitled A Psychological Analysis of Adolph Hitler: His Life and Legend, was published in 1943 by the U.S. Office of Strategic Services, which was the predecessor to the Central Intelligence Agency. A scan of the document itself is found on the CIA’s website, with the “SECRET” stamps all crossed out since it has since been released to the public.

Like I said, fascinating reading. Just the first few pages and you see Trump all over it. If we are lucky, Trump has simply taken this “guidebook” as a model for his own actions. The worst-case scenario (and, unfortunately, probably the most accurate one) is that his psychological attributes actually are parallel with Hitler’s.