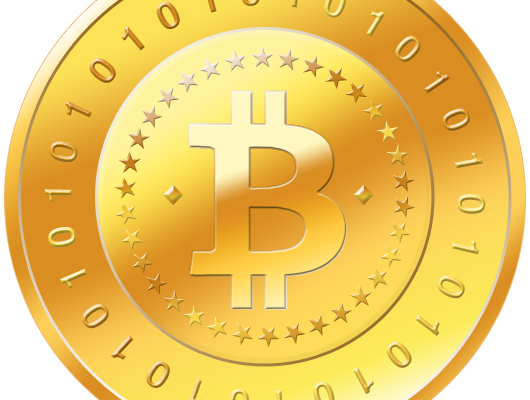 I have been following Bitcoin for a number of years now —  since it was below $1,000, which is ancient history as far as Bitcoin is concerned. I haven’t “invested” in any Bitcoin, because I don’t feel as though Bitcoin is an investment at all — unless, of course, you think a lottery ticket is also an “investment.” (I do own a little Bitcoin, however, which is fodder for another post…)

But Bitcoin, to me, is an interesting medium of exchange which opens up a lot of possibilities. And the really exciting part of this is not Bitcoin at all, per se, but instead the technology which lies beneath Bitcoin and makes it all possible: the “blockchain.”

At the risk of oversimplifying, the blockchain technology is simply a new form of database. It is a way of keeping track of, and independently verifying, data or transactions without any “central authority” who needs to be trusted or who has dominion over the entire process. The chain itself, and the network which maintains it, are designed to be essentially self-verifying. You can trust the chain and the network as a whole, even if you cannot necessarily trust any of the individual nodes which make it up, because all of the nodes keep each other honest, so to speak.

Therefore, via the blockchain, I can send you money and you are not only guaranteed to receive it, but you are also guaranteed that I can’t change my mind and take it back afterwards (the merchant’s dreaded “chargeback” when using PayPal or credit cards). Because blockchain transactions are irreversible.

Okay, maybe you have to be a bit of a nerdy programmer-type to get really excited about this. But… wait, there’s more.

The lack of fees in particular would allow “micro-transactions” — payments of just a few cents, or even fractions of a cent, which were uneconomical using credit cards or other traditional payment methods. These micro-transactions would open up entirely new lines of business, as well as enable participation in the financial system by those who had no access to traditional banking services.

In the earliest days of Bitcoin, most of these benefits did indeed come about. But as Bitcoin became more popular, and partly as a result of the design of Bitcoin itself, transactions required more and more time to confirm, and they became more and more expensive. By the time the price of Bitcoin peaked in late 2017 and early 2018, a transaction required at least several hours to confirm, and could require several days; and the cost for a transaction reached over $50 — prohibitive for smaller transactions.

These drawbacks brought Bitcoin back down to earth. How could a merchant take Bitcoin as payment for an item if the transaction were not confirmed immediately? I sell a digital item — or let someone walk out of my store with an item — but I have to wait several hours to find out if I’m actually getting the money? No way, Jose! And the promise of micro-payments of fractions of a cent, when the fee for the transaction is several dollars — that doesn’t work, either.

And Then There Was Lightning

Just recently, though, some folks have come up with a new development that has a lot of people, including me, excited. It’s called the “Lightning Network,” and it holds the promise of bringing those initial Bitcoin ideals of instantaneous confirmations and micro-payments actually into reality.

Basically, the Lightning Network is an extra “layer” built on top of the existing Bitcoin blockchain. If you want all the gory details, you can go read the source material yourself. But the short, non-techie version is that the Lightning Network uses a variety of techniques to both confirm Bitcoin transactions instantaneously and to do so with virtually no fees. So instant confirmations and micro-transactions — two of the original goals of Bitcoin itself — are now actually possible in the real world.

As a programming type, this excites me. As a programming type who has done a lot of online shopping systems for clients, it excites me even more. The Lightning Network now makes it practical for online merchants to accept Bitcoin as payment, without worrying about delayed confirmations or high fees. If you are a merchant and you would like to add  Bitcoin as a payment method, you are now able to do so without many of the issues that you would have experienced previously.

Several companies are already developing solutions for online merchants to accept Bitcoin via the Lightning Network. One company that I am working with is OpenNode. They have developed a number of solutions so that everyday merchants can accept Bitcoin easily, including creating plugins for several popular shopping carts (WooCommerce, OpenCart, etc.).

The Lightning Network is still in its early stages, and many end-users are not yet connected to it. But it is live now — so you can use it if you want to — and it does work as advertised. Perhaps the biggest problem at this point is the lack of Lightning-enabled wallets for people to use to pay using Lightning in the first place. But there are some wallets available, primarily for smartphones, and early adopters are already using them to transact business. More importantly, established Bitcoin wallets are increasingly adding Lightning Network capabilities, so that soon virtually anyone who can transact in Bitcoin will have the ability to do so across the Lightning Network as well.

And, yes, if you are a merchant and you are interested in accepting Bitcoin/Lightning payments (or any other cryptocurrency, for that matter), I can help you set this up. Drop me a line.