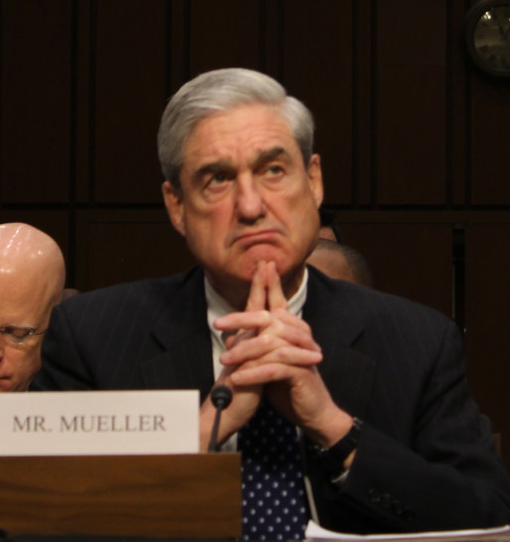 There’s a lot of talk recently that Special Counsel Robert Mueller wants to question President Donald Trump directly about possible collusion with the Russians during the 2016 election and subsequent obstruction of justice.

When I think about this, I envision something like the courtroom scene in A Few Good Men.

I know…. You’re thinking about Jack Nicholson’s famous line, “You can’t handle the truth!” Nope, that’s not it. I see an even better correlation. Because face it — Trump and Col. Jessep (Nicholson) are a lot alike. Boastful. Arrogant. Self-righteous. Damn the rules, I’ll do what I please, and I don’t care if you like it or not.

But as Lt. Kaffee (Tom Cruise) perceptively notes earlier in the film, that sort of personality can actually play right into his hands when seeking an admission of guilt. Kaffee says his plan is simply to get Jessep “to tell the jury that he ordered the code red.” When his partners question how he’s going to manage that, Kaffee replies, “I think he wants to say it. I think he’s pissed off that he’s gotta hide from us. I think he wants to say that he made a command decision and that’s the end of it…and no one’s gonna tell him how to run his base.”

Kaffee then goes into court, flusters Jessep with the inconsistencies in his story, and then, in Kaffee’s own words, “lead[s] him right where he’s dying to go.”

Here’s the relevant part of the scene:

Now picture instead of Tom Cruise and Jack Nicholson, you have Robert Mueller and Donald Trump. Mueller starts the questioning mildly, and Trump is… well, Trump. Laughing a bit too much. Over-explaining things. Wandering off topic. Not taking it all very seriously.

Then Mueller starts pushing a little harder. Trump gets agitated. Defensive. And, because he’s defensive, aggressive. He starts pushing back. Here comes the braggadocio. And perhaps with a little more vehemence and resentment in his tone.

Finally, Mueller brings Trump to the same place Kaffee brought Jessep. And he asks him directly, “Did your campaign knowingly conspire with the Russians to influence the election?” Or, “Did you fire FBI Director Comey in order to kill his investigation into you and your staff?” Or any of a number of other direct questions to which an aggravated, exasperated, but still arrogant Trump can shout out, “You’re goddamn right I did!”

That’s what I envision when I think about Mueller questioning Trump. I suspect Mueller would do it much more elegantly than I wrote it here. Much more like Cruise in the movie.

I really hope it goes down that way. And that we all get to see the video afterward.

Excerpts from the script of A Few Good Men from Internet Movie Script Database.