I was running around all day Thursday, and it wasn’t until late in the day that I noticed the date: March 28th. That’s a big day for me. The anniversary of the Three Mile Island fiasco…. er, accident. Thirty-four years this year.

I was there. I lived just a couple of miles away from the plant. As a reporter for Harrisburg Magazine, I covered the entire thing, so I got — literally — the inside scoop. I went on a tour of the damaged plant, I attended a press conference with President Jimmy Carter, I went to the NRC …

We had a busy summer here…

Here is a group shot from August, 2012. It was getting a little crowded around here for awhile. Some of these guys will get their own pages soon, but for now we just got them all together for a group shot.

On the walls, left to right:

On stands, left to right: 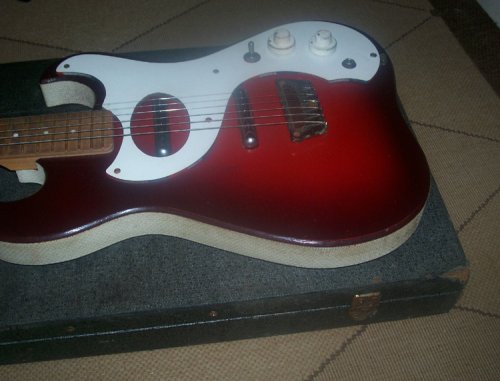 Even Mick Jagger played one of these!

My parents got me this guitar when I was about 14. (For those of you who are counting, that would be around 1968…) I was psyched. It was cool, it was loud…. what more could you want?

I’ll tell you what: a Vox wah pedal, because my buddy Frank told me that was the kind of pedal Jimi Hendrix used. So I saved up enough money ($20!) to go to the local music store and grab one of them, too.

Then I was set: two lipstick-tube pickups, wah on the floor, built-in tremolo … 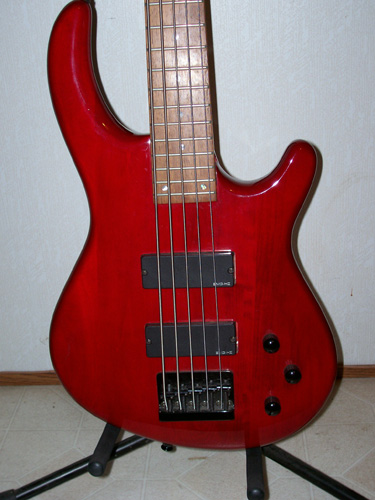 This was a garage-sale find. I’d always wanted to try out a bass, and there one was — great shape, low price, little bass amp and gig bag included. It came home with me. This is a very nice instrument, and I really liked the transparent red finish. But I just couldn’t get the hang of that extra string down there with the low notes. If I were to just jam free-form — by myself, with no other music except percussion — I could do okay. But ask me to play in … 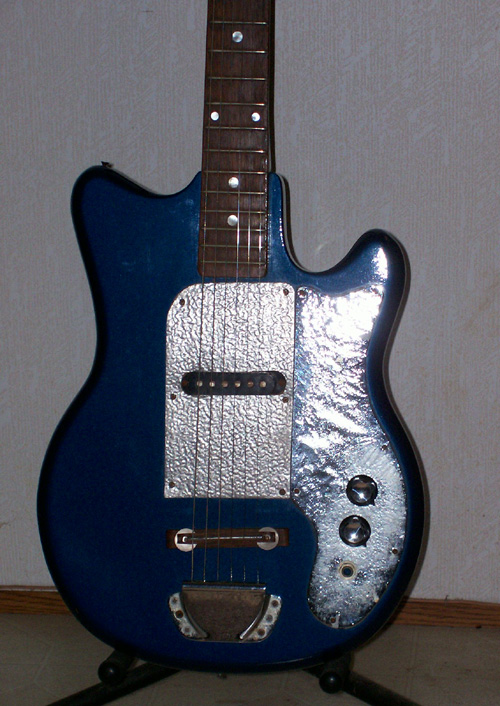 Stole this one off of eBay a few years ago while everyone else was watching the Super Bowl. Apparently he’d been just sitting in a closet for almost 40 years. He was so unwanted that the price and shipping together were less than $40! (I told you I stole it.) It took a little bit of work to get him into shape, but once he was — man! The action was a little high, and the baseball-bat neck was huge, but the metal pickguard gave a resonance that sounded like a built-in reverb. Much more mellow-sounding …

Almost too classy for me

My wife had a co-worker who was selling this guitar for his dad. The price was right, so we gained another resident. You will hear me say many times that I’ve never played an Ibanez guitar I didn’t like, and this one just continued the streak. If you want smooth jazz or slow blues, this is your axe. This is one of the Ibanez semi-hollow guitars with a smaller body size, which gives a good feel. It can rock out with the fuzz/wah sound if you coax it, but it’s truly best at the jazz/blues … 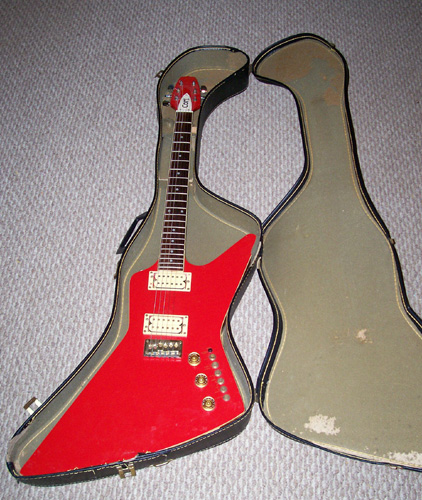 Very cool guitar, even if the effects didn’t work

Found this guy in a local pawn shop. Played and sounded surprisingly good. Unfortunately, the effects didn’t work — there were a couple of broken wires, and apparently other things as well. I tinkered a little, reconnected the wires, but still got no effects. Nice guitar even without them, though. Sometimes I think I should have kept it.